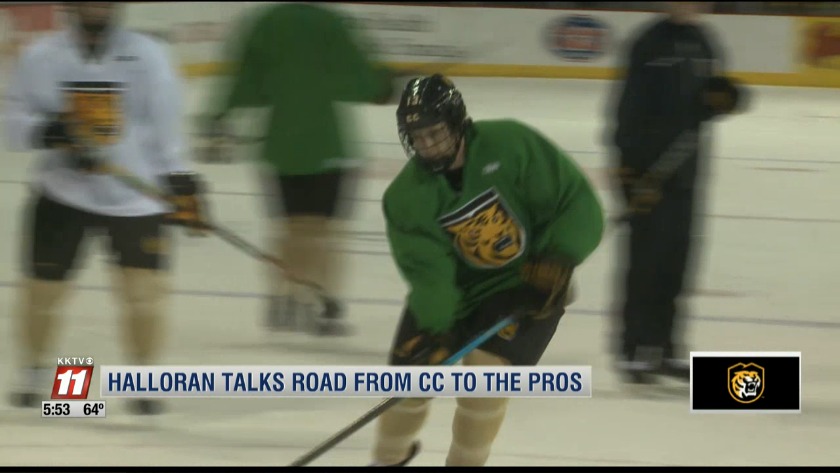 "It's kind of funny because putting hockey pads on growing up, you know it never crossed my mind that I would be able to play professional hockey or get paid to play hockey. I just had fun with it along the way and I think that was the most important part and here I am now. It's super surreal and a dream come true." Halloran said.

Ontario is the AHL affiliate of the National Hockey League’s Los Angeles Kings.

Halloran, from Draper, Utah, finished second on the team this season with 30 points and led the Tigers with 18 assists. He finished his career with 97 points (40g,57a) in 119 games.

The 2019-20 assistant captain was a second-team All-America selection and first-team all-NCHC pick following his sophomore campaign when he finished third in the National Collegiate Hockey Conference and tied for 15th in the country with 45 points (19g,26a). In addition to winning the NCHC Three Stars Award that season, Halloran’s 36-point improvement tied for first nationally after collecting nine points (5g,4a) as a freshman.

The forward says he learned a lot from CC head coach Mike Haviland who called Halloran to congratulate him first thing.

"He was extremely excited for me. Me and Coach Haviland have been really close over the last few years. He really gave me a shot and believed in me and I don't think I'd be where I am today without him. We were both just really excited, he congratulated me, yeah it's pretty special." said Halloran.

Halloran is the second Tiger in as many years to sign with Ontario, following in the footsteps of 2019 graduate Mason Bergh.

Save BIG with Freedom Storage in Pueblo Sponsored

Save BIG with Freedom Storage in Pueblo Sponsored