Dog reunited with Fort Carson soldier who rescued it in Afghanistan 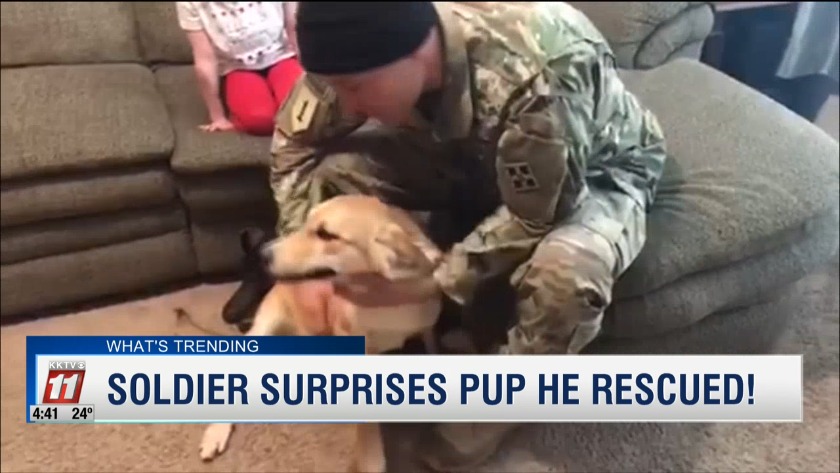 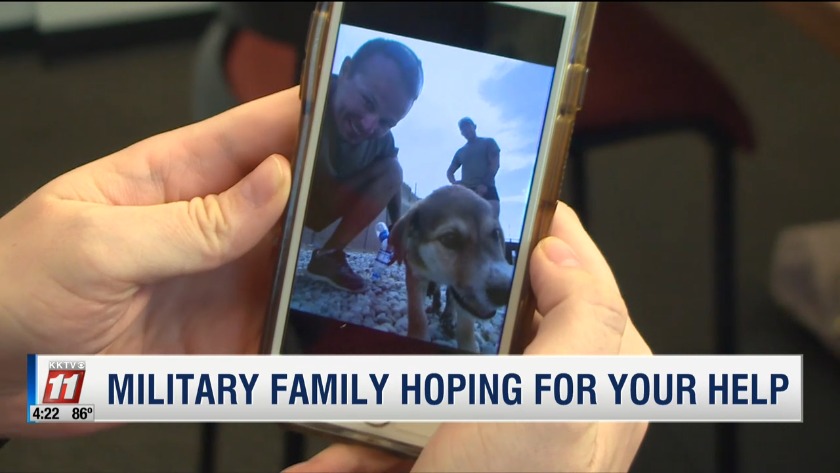 COLORADO SPRINGS, Colo. (KKTV) - A special soldier surprise happened with one of the most recent Fort Carson homecomings.

Members of the medical staff had found Cardi nearby where they were stationed in Afghanistan during their deployment. They noticed Cardi hadn't been moving for a couple days.

"She was extremely sick and barely holding onto life," Katie Plante told 11 News. "My husband and his unit had bonded with her."

Katie first shared her story with 11 News back in August. Her husband and others rehabilitated Cardi, bringing her back from the brink of death. However, she wasn't sure how they would get Cardi to the United States to officially adopt her. 11 News helped Katie get in touch with The Puppy Rescue Mission. The organization set up a fundraiser and within days 11 News viewers helped the Plante family reach their goal. More than $5,000 was raised to bring Cardi home.

Cardi arrived in the United States in November. The Plante family still wasn't whole. Katie and her daughter had to play the waiting game to reunite with Josh in January.

The Plante family was able to adopt Cardi thanks to donations and the action taken by Puppy Rescue Mission.

This is the story of Cardi from The Puppy Rescue Mission (posted months before Cardi arrived in Colorado Springs):

"Little Cardi was found by my husband and his unit that is deployed to Afghanistan. She was extremely sick and barely holding onto life. The unit has bonded over this sweet little girl. She has helped them through some tough times the last few weeks. We just want to give her a better life in the USA."

Life for a dog in Afghanistan is brutal. Most do not live past 3 years of age. Any animal in a war torn country struggles to survive but put them in a country that is actively at war and the obstacles are huge...lack of food, shelter, vetting, love and most of all an environment that does not have the education or resources to respect their animals. The dogs in Afghanistan are guardians and for thousands of years was vital to the tribes that raised sheep and goats. Once the Taliban restricted the people to care for their animals the life for the dogs and cats has been horrific. The animals bond with our soldiers because their hearts are good.

Lets get this sweet girl to the USA!

Click here for more on The Puppy Rescue Mission.

Woman speaks out after husband shot at Memorial Park: "he didn't deserve this"

Woman speaks out after husband shot at Memorial Park: "he didn't deserve this"