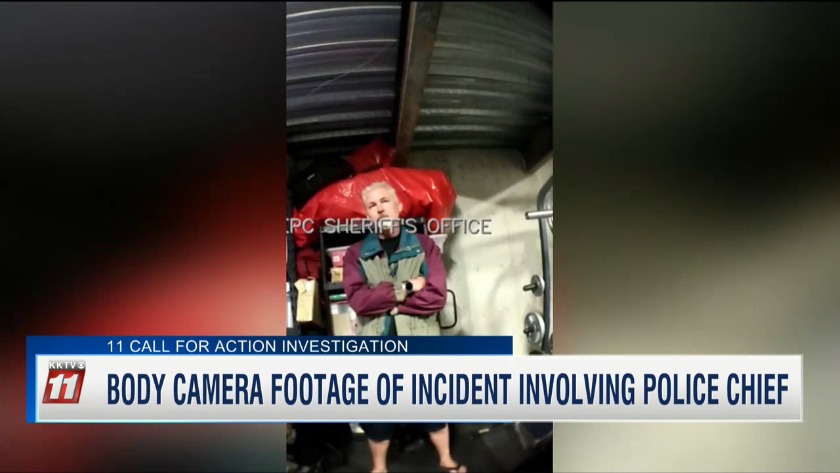 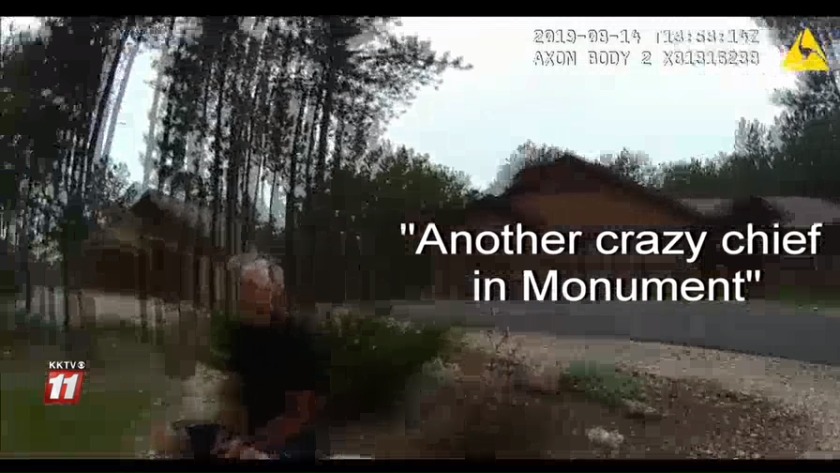 MONUMENT, Colo. (KKTV) - UPDATE: (1/30) An internal investigation into the former Interim Monument Police Chief is now over and the town has decided to bring him back to the force.

Mark Owens has been on paid leave for months pending the results of the investigation. He will now be demoted to the role of sergeant. Before serving as the Interim Police Chief, Owens was a Commander.

The town manager declined our initial request to review the completed investigation. He has never commented on exactly what the investigation into Owen was prompted by or what it was looking into.

According to state law, all records of a completed internal investigation looking into on-duty conduct of officers is required to be made public.

We will continue to work to get answers and update this story as we learn more.

Town Manager Mike Foreman declined to comment on what the investigation is looking into. It is not clear at this point if the investigation is related to an incident in August when Owens admitted calling his officers outside their jurisdiction to respond to a call at him home where he was accused in a domestic violence situation. No charges were filed in that situation.

Owens has been on leave since November 6. For months prior, he was being considered for the chief position. He has since been replaced by Lee Birk as the interim chief.

We're expecting an update on the investigation into Owens in the next few weeks.

Ten candidates have been selected for police chief. Foreman said they will continue interviews until they are down to five candidates and then chose the finalists.

Previous Coverage (9/10):
Newly obtained body camera footage shows the interim police chief in Monument admitting he called his own officers to respond to a domestic violence call he was alleged to be involved in.

The Monument officers had to respond outside of their jurisdiction to get there. It was eventually decided that no charges would be filed in connection to the incident.

Over the last several weeks, 11 News has reached out multiple times to Chief Mark Owens and Monument Town Manager Mike Foreman, but both have said they have no comment.

Body camera footage from a responding El Paso County deputy starts with the moments the first deputy arrived and the last Monument police officer was about to leave.

A deputy can be heard asking Owens some questions:

Deputy: You're aware your address is in the county correct?
Owens: Yes.
Deputy: Do you know that any crime that would occur, or alleged to occur here, would be handled by the sheriff's office?
Owens: Absolutely.

A 911 call about the alleged domestic violence incident was made on behalf of Owens' wife.

"All of a sudden she says, 'Mom he just broke into the room, he broke the door. Please call 911," the caller said.

Monument officers were first to respond and were told by the El Paso County Sheriff's Office to leave.

Owens: I called Sgt. Hudson, "Hey is there really a call?" He says, "Oh damn dude." I said, "Alright can you head out this way please?"
Deputy: Can I ask why you chose to do that?
Owens: Do what?
Deputy: Call Sgt. Hudson.
Owens: He needs to be involved right away from the beginning as far as my job is concerned with that. He's also a calming force with her.

Deputies say no charges needed to be filed. While deputies were wrapping up, Owens mentions he wants to call his officers back out to 'keep the peace' while he gathers a few personal items. A deputy gives the interim chief some advice.

"I would caution you in your new position in Monument to -- if you're aware that you're in the county, we handle it ... Don't ever get that perception of using that influence or rank to skew something," the deputy can be heard saying.

In the video he said he decided against calling his officers back to the scene.

The Monument town manager told 11 News Owens is still being considered as a candidate for the permanent police chief.

No date has been set as to when a decision on the position will be made.

11 News has confirmed El Paso County deputies and Monument police officers were called out to the house of the acting Monument police chief earlier this month on a domestic violence call he was accused of being involved in.

Mark Owens was appointed as the interim police chief after the previous chief’s abrupt retirement earlier this year. After deputies investigated the alleged domestic violence call, no arrests or charges were made.

Monument Police body camera footage obtained by 11 News shows Owens sitting outside after a domestic violence call was phoned into 911.

“Another crazy Monument chief,” Owens jokes with one of his officers wearing the camera.

The original 911 call came in from the mother of the woman who was allegedly involved in the incident.

A dispatcher describes the situation, "She's reporting a domestic disturbance for her daughter ... the husband broke into the room."

The 911 caller tells the dispatcher, “He was trying to get into the room and she’s hollering, ‘Leave me alone, I’m on the phone.’ All of a sudden she says, ‘Mom, he just broke into the room. He broke the door. Please call 911.'"

The dispatcher asked the caller if there are any weapons in the house where the incident is happening. The caller responds, “Oh yeah. He’s a police officer, so yeah.”

Owens' own officers were first to arrive on scene. Owens' address is outside of Monument Police Department jurisdiction.

One officer goes inside the home to speak to a woman; the other is told to get on the phone with El Paso County Sheriff's Office.

The Monument police officer is heard explaining how officers heard about the call.

The voice on the other end of the phone is heard saying officers should not be responding to this call.

“It’s not in Monument jurisdiction. There’s no reason why you should be there,” the voice said.

Eventually, all Monument officers leave and El Paso County deputies show up and take over the call.

The El Paso County Sheriff’s Office told 11 News that a report was not created on the alleged domestic violence incident since no arrests or charges were made.

11 News is waiting on body camera video from the deputies who responded.
.
When 11 News went to Monument Police Department to see if Owens had a statement, we were told he had no comment for us.

The Monument town manager said he also did not have a comment at this time.

'I could've been dead': New details revealed about weekend crime spree as suspect is confirmed dead and victims ID'd

'I could've been dead': New details revealed about weekend crime spree as suspect is confirmed dead and victims ID'd