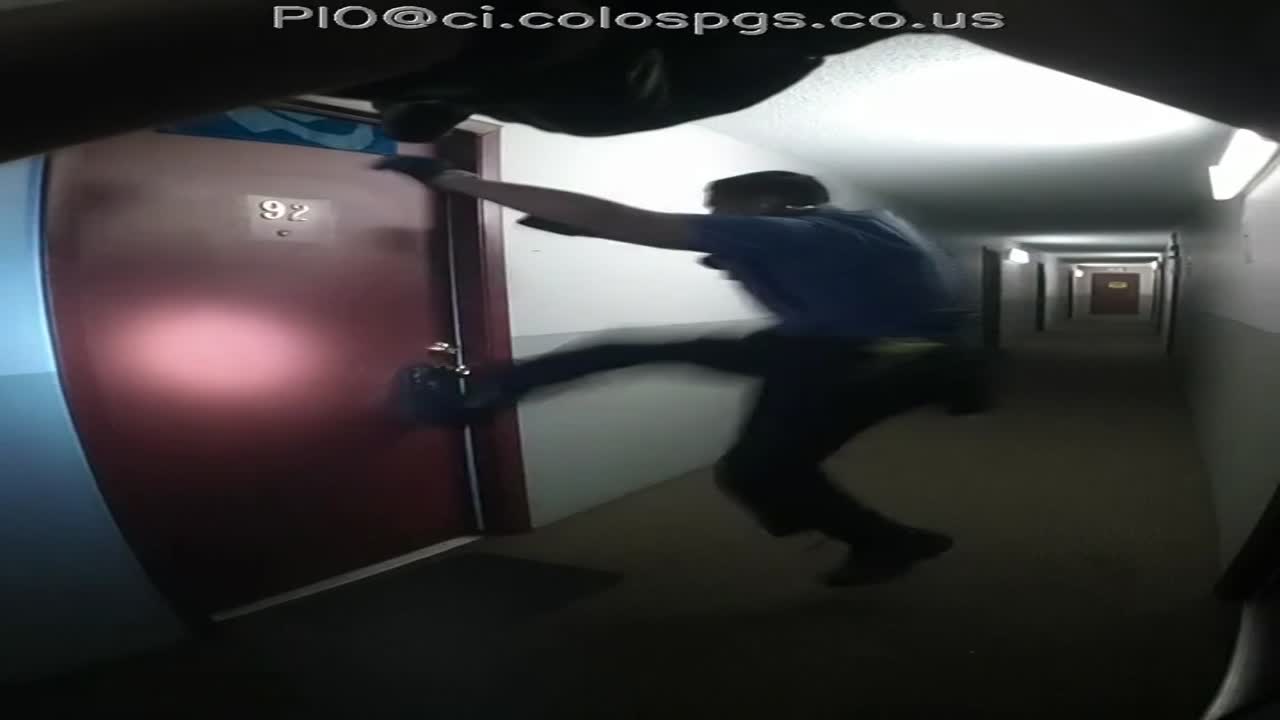 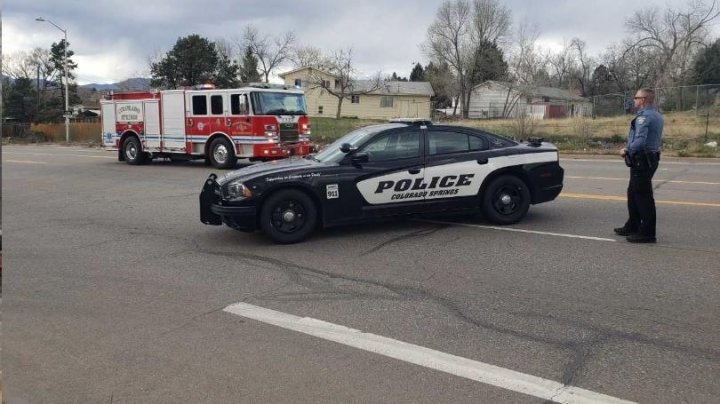 The following statement was sent out from the 4th Judicial District Attorney's Office on Wednesday stating the April 24 shooting at 2475 Hancock Expressway was justified:

At approximately 4:46 P.M., officers arrived and contacted the victim in unit 95, the neighbor’s apartment. Officers performed a criminal background check on Mr. Patzel, and learned that he had an outstanding warrant for his arrest related to a Department of Corrections sentence for an escape charge. Officers attempted to contact Mr. Patzel at unit 92 but were unsuccessful in getting him to answer the door. Officers established a containment position around unit 92, and proceeded to interview Ms. Franklin about what had occurred between herself and Mr. Patzel. While this interview was occurring, officers observed the door to unit 92 open, saw a person stick his head out, and then close the door. As officers attempted to re-contact this person, they confronted a locked door, and heard the sound of a lighter being flicked from inside the unit. Additionally, they began to smell something burning. Officer Walling attempted to shine his flashlight under the entry door, and officers observed smoke coming from the unit. The fire alarm located in the hallway also began to go off. Multiple efforts to get Mr. Patzel to unlock the door or speak with officers were unsuccessful, so officers initiated efforts to break the unit door down. After multiple strikes, the door gave way, and after a brief pause, Mr. Patzel yelled at the officers, and charged at them with his hands above his head.

Officers Graham and Walling discharged their firearms at the suspect, striking him in the process and causing him to fall back into the apartment. Officers located the blade of an approximately 7” butcher knife adjacent to the entry area of unit 92, the same area where Mr. Patzel had charged at the officers. Officers applied handcuffs to Mr. Patzel, and then proceeded to simultaneously remove him from the vicinity of the apartment, and employ a hand-held fire extinguisher to fight the flames that were now visible. Officers were unsuccessful in stopping the rapid spread of the fire, and they initiated evacuation of the entire apartment complex in response. Colorado Springs Fire Department personnel responded and were successful in extinguishing the blaze before destruction of the entire complex. Mr. Patzel was transported to a local hospital where he later died. Officer Graham was also taken to a local hospital and subsequently treated for injuries associated with smoke inhalation.

According to Colorado Revised Statutes §18-1-707 a peace officer is justified in using deadly physical force upon another person for a purpose specified in subsection (1) of this section only when he reasonably believes that it is necessary:

(a) To defend himself or a third person from what he reasonably believes to be the use or imminent use of deadly physical force; or
(b) To effect an arrest, or to prevent the escape from custody, of a person whom he reasonably believes:
(I) Has committed or attempted to commit a felony involving the use or threatened use of a deadly weapon; or
(II) Is attempting to escape by the use of a deadly weapon; or
(III) Otherwise indicates, except through a motor vehicle violation, that he is likely to endanger human life or to inflict serious bodily injury to another unless apprehended without delay.

Based upon the obvious circumstances confronting the officers when they encountered the suspect, the District Attorney’s Office has concluded that Officers Walling and Graham were justified in using deadly physical force, and no charges will be forthcoming.

PREVIOUS STORY (4/26/19): A deadly officer-involved shooting in Colorado Springs tied to a fire remains under investigation.

On April 26, the sheriff's office identified the suspect as Jonathan Patzel. Patzel reportedly "brandished a weapon and began moving towards officers and shots were fired," according to the El Paso County Sheriff's Office.

Police initially responded the 2500 block of Hancock Expressway near Delta in the southeast part of the city at about 5 p.m. on April 24, responding to a report of a disturbance.

At one point an apartment caught fire. The blaze is tied to the shooting, but it isn't clear how. The sheriff's office only stated the fire was human caused.

"Police were already on scene evacuating the building at that time," neighbor Ed Estes explained. "About five minutes later fire trucks started rolling in they laid ladders on the building, busted the glass."

70 people were displaced from the apartment complex to protect the investigation. It isn't clear how many apartments were damaged by the fire.

Residents displaced by the apartment fire in Colorado Springs are settling in for the night at the YMCA off Jet Wing Dr. pic.twitter.com/KssTf4O0xK