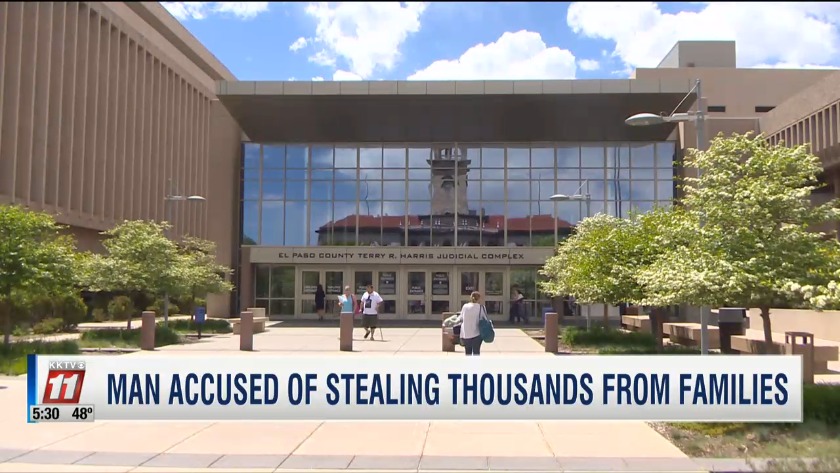 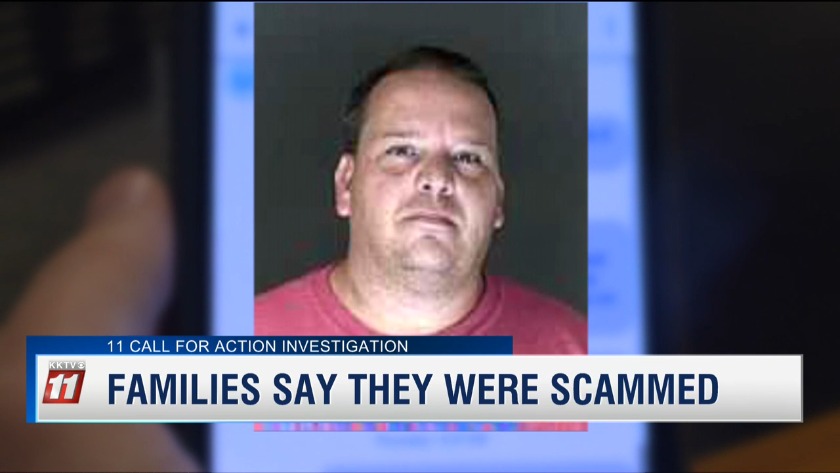 VIDEO: Families say they were scammed 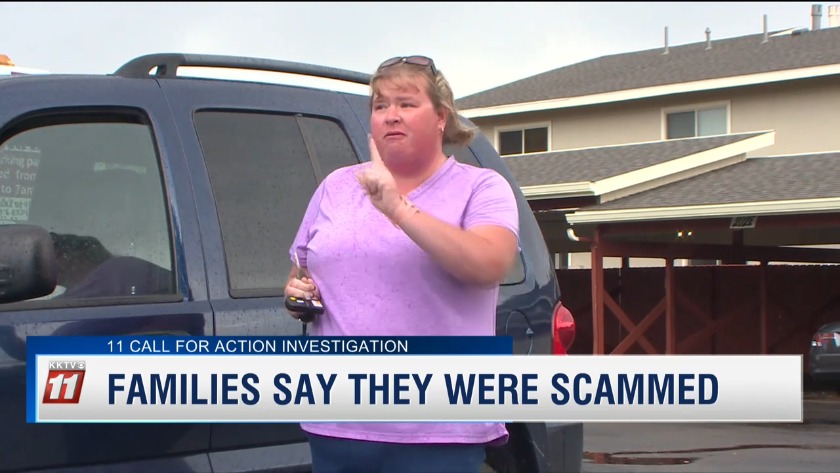 VIDEO: Families say they were scammed

FOUNTAIN, Colo. (KKTV) - UPDATE (5/20): A man who stole thousands from flood victims will spend the next several years in prison, a judge decided Monday.

After catastrophic flooding in 2013 rendered the Riverside Mobile Home Park too dangerous for residents to live, several residents turned to Michael Lemay to help them find new homes. Through state and federal funds, each household received an average of $22,000 to move. Many gave that money to Lemay -- and saw nothing for it.

Victims told the court Lemay's actions took a toll on their lives.

"He left us emotionally devastated, filled with a deep sense of doom. The emotional impact on my family was significant," one said Monday.

"These are real victims, with real pain," Judge Thomas Kane told Lemay prior to handing down the sentence.

Lemay was sentenced to eight years, along with an additional five as a resentence for a 2005 case. The two sentences will be served concurrently.

Lemay is being credited for the year and a half he has already served, meaning he will probably spend no longer than six and half years in prison.

UPDATE (12/7/18): A man facing charges for stealing thousands of dollars from several families in El Paso County pleaded not guilty on Monday.

Michael Lemay is scheduled to go to trial on April 9 for theft. He was convicted of a similar crime more than a decade ago and still hasn't fully paid restitution owed to his victims in the first case. He still owes more than $100,000 to the victims of his 2005 case. The alleged victims in the new case claim Lemay stole more than $100,000 from several families who were being forced to move because the land they were living on is unstable.

This article will be updated as the case moves along.

UPDATE (11/5/18):
The bond was raised for a man facing theft charges in El Paso County on Monday and his alleged victims still don't know if they will ever get their money back.

A judge raised the bond for Michael Lemay to $70,000. Prosecutors say there is a real concern that if Lemay was back out on the streets he would just be stealing money from more people.

There are two similar cases tied to Lemay that are 13 years apart. Prosecutors say it's a pattern. The suspect is accused of acting as a lender of real estate. On Monday a victim from Lemay's 2005 case asked the judge to not let Lemay back into the public. In the more recent case the families 11 News spoke to said they lost more than $100,000 to Lemay.

This article will be updated as more information becomes available. Lemay's arraignment has been scheduled for Dec. 17.

A local mother of two believes she missed out on buying her dream home, and she's not the only one. Several neighbors claim a man, Michael Lemay, collected more than $100,000 dollars from them, and they don't know if they'll ever see that money again.

Lemay was arrested on Monday for theft after 11 News started looking into the claims.

It all started with a Facebook post months ago. Angel Retherford put up a post, saying she needed help buying a new house. A reply from a man she didn’t know turned into a nightmare.

The Riverside Trailer Home Park has been home to Angel Retherford for most of her life. She's one of dozens of residents who were told a few years ago the land's not stable, and they needed to get out.

“They want us out of here because it is falling off a cliff,” Retherford explained.

With the threat of mudslides, El Paso County stepped in, offering Retherford and her neighbors thousands of dollars to move. Retherford says she and her family received nearly $25,000. Not knowing how to buy a home, Retherford turned to social media.

A social media post by Retherford read, in part, "We do have $25,000 to put down on a house from the state. If you know anyone who is willing to work with us, it's my husband and I and our twin 7-year-old boys."

Retherford showed us a response from Mike Lemay. He said he was a private lender and could help. He asked for her debt-to-income ratio.

Retherford thought it might be a scam, but there were several factors she says went into Lemay gaining her trust. She cashed her check from the county and handed it over to Lemay as a down payment. She showed 11 News the receipt, she says it was intended for a down payment. She signed the receipt, as did her husband, she says, and Lemay. Other neighbors did the same.

They were originally working with a real estate agent, who at the time saw red flags with Lemay. However, Retherford said Lemay convinced them it was the real estate agent’s fault the deal on their first home fell through.

In all, 11 News talked with four families who've trusted him with their money, adding up to more than $100,000. They all started looking for new homes to buy, but they say each time they were close to closing, everything would fall through.

“I started seeing things and noticing things that didn't add up to me," Retherford said.

The families all have similar stories. Lemay would allegedly prove he had the funds to pay in cash; one account from Chase Bank Lemay provided to 11 News by a seller showed Lemay apparently had more than $1 million. But when it came time to make payment deadlines, the families would get messages like this from one of their realtors: “Your private lender has not been able to provide the proper documentation."

11 News reporter Tony Keith had been talking and texting with Lemay for more than a week. At first, Lemay refused to go on camera. He then agreed to answers questions via email, but never responded to the questions. He said he would meet at the news station on Monday at 2 p.m., but Lemay didn’t get that chance because he was arrested. He told Keith he would be refunding everyone’s money because he didn’t want to work with them anymore. He claimed he sent out a check a week ago in the mail.

Before his arrest, Lemay said he never claimed he was a private lender but that he was working as a private consultant. He also admitted to missing deadlines. He never explained why he collected money from the families.

“This man has no mercy, no compassion, he just -- it's just money for him," Retherford said.

11 News spoke with the suspect's wife right after his arrest. We approached her at the same time police contacted her when she returned home on Monday. She was upset and claimed she had no part in her husband’s alleged crimes. She had a message for the victims.

”If my husband did such things,” Corrina Lemay said to 11 News, “that I have no clue about, that I am very sorry… that you have been hurt."

As of Monday night, the families don't know if they'll ever get that money back.

There is more 11 News is working to confirm, including the relationship the agency hired by El Paso County to disperse the funds to the families had with the suspect. Colorado Springs Police originally opened a criminal investigation last Monday and then Fountain Police took over the investigation on Thursday.

Lemay is facing charges of theft and was being held on a $50,000 bond.