DNA results for people who thought they were Christopher Abeyta announced 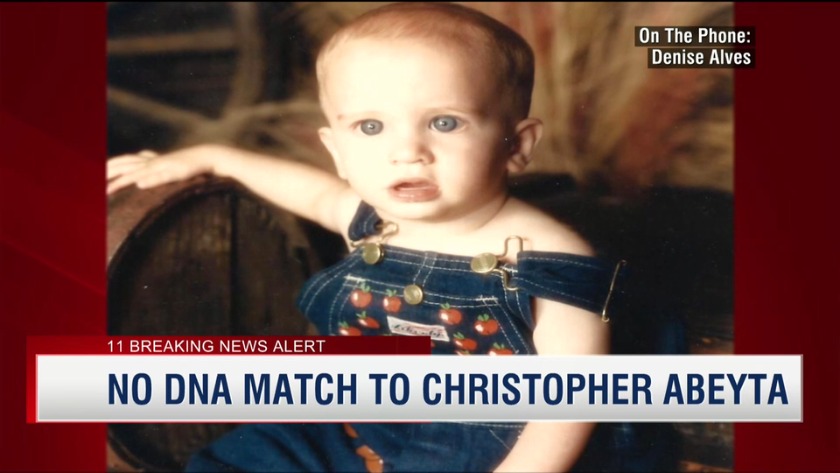 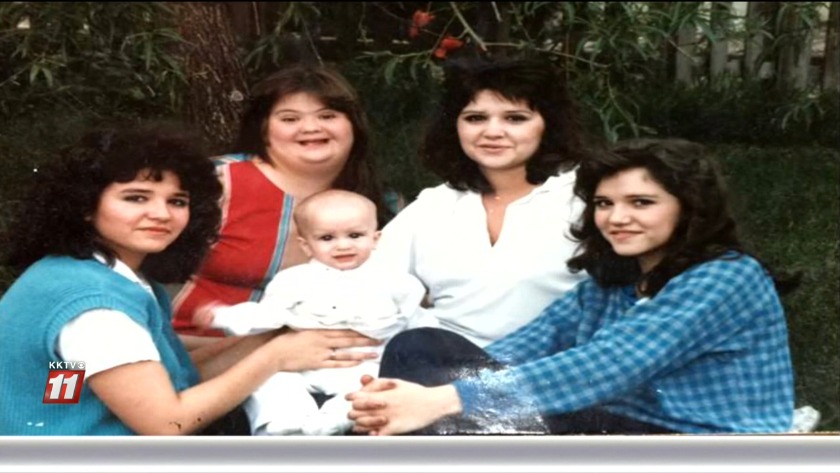 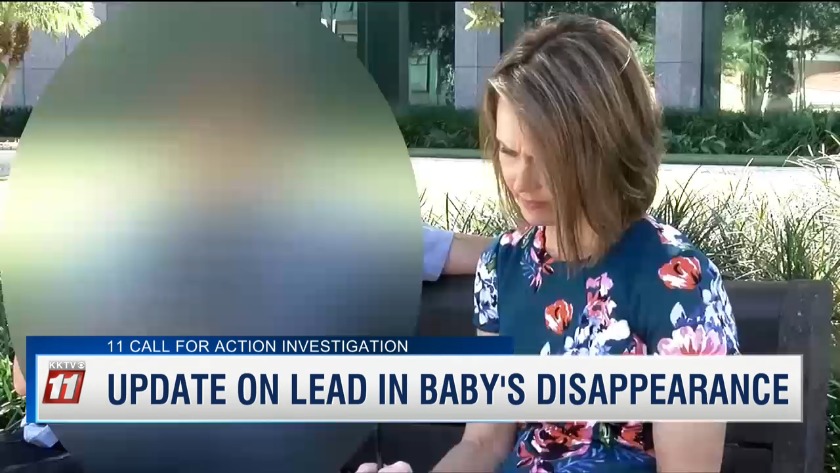 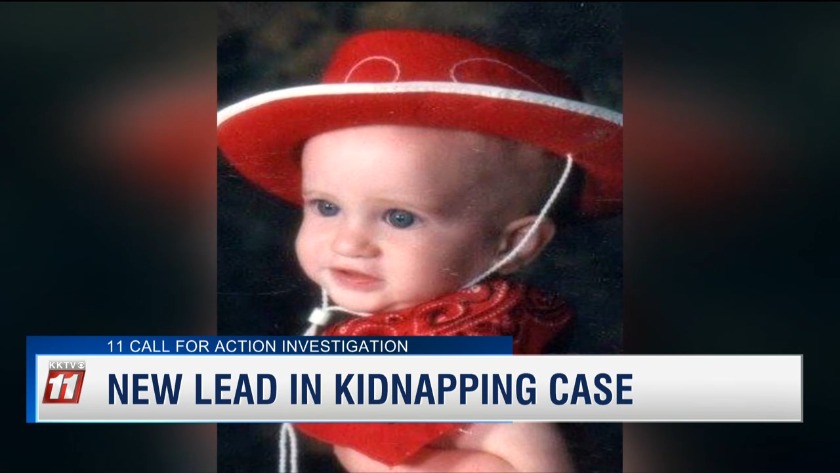 Abeyta was reportedly taken from his crib in the middle of the night on July 15, 1986 in Colorado Springs. Police do suspect foul play in the case. The investigation into the cold case remains active.

One of the people who took a DNA test was a man from Florida who reached out to 11 News months ago thinking he could be Abeyta.

Police sent out the following on Wednesday:

During 2018, investigative tips were received identifying three separate individuals as potentially being Christopher Abeyta. DNA samples were collected voluntarily from these three individuals.

The second tip was received by a family member of Christopher Abeyta on August 29, 2018 and on that same date, a DNA sample was obtained by the Colorado Bureau of Investigations (CBI) and sent to the UNT laboratory on August 30, 2018.

On February 1, 2019, CSPD received the results for all three DNA samples that were sent to the UNT lab in 2018. As a result of the testing, it was determined that none of these three individuals are Christopher Abeyta.

PREVIOUS (2/4/19)
Four months have passed, and the family of a missing baby who disappeared 32 years ago wants to know what's taking so long to get DNA results from a man who came forward in the case.

In October, 11 News shared the story of a Florida man who thinks he could be Christopher Abeyta. We have chosen to conceal the identity of the man while he waits on the results of the test. The Abeyta family wants to know why the test is taking so long.

Police have taken DNA from two other people who came forward last year claiming to be Christopher Abeyta. Those samples were taken about six months ago. Police say the results in the latest cases still haven't been returned. We asked Colorado Springs police where the DNA in this latest case is. A spokesperson for the police department says he's not sure which lab has it.
____________________

UPDATE 10/22/18:
It's unclear if a lead Colorado Springs police received 17 months ago about a baby was checked out.

11 News shared a story last week about a social worker out of state who has wondered if a man named Chris is Christopher Abeyta, the baby who disappeared from his Colorado Springs home in 1986.

In 2017, the National Center for Missing and Exploited Children passed her tip on to Colorado Springs Police. Monday night, police confirmed they received that information but haven't yet said what they did with it.

The man who is at the center of all this says police never contacted him about that tip and he didn't know who Christopher Abeyta was until the social worker tracked him down a few weeks ago.

11 News anchor Dianne Derby traveled across the country to meet that man. 11 News chose not to show his face while police investigate. The family of the missing baby says they have never heard about this tip and are outraged with how Springs police have handled this case.

Authorities out of state took DNA from the man 11 News met with. Police say it will be up to six months before we get those results.

The family of a baby who went missing in 1986 wants answers from Colorado Springs police about how they're handling a recent lead in the case.

That lead is from a man out of state who contacted 11 News when he received a shocking phone call.

11 News anchor Dianne Derby traveled across the country to meet him. He says he had never even heard about the disappearance of Christopher Abeyta until that call.

“I got a weird phone call a couple days ago and it’s about a missing child that's been missing since 1986,” said the man, who happens to be named Chris.

The Chris who reached out to 11 News was born in Colorado. 11 News is covering his identity while police test his DNA. Dianne Derby was with Chris as he tried to call Springs police.

“I need to get a hold of maybe an investigator that's been working on the case,” Chris stated over the phone, trying to get in touch with anyone handling the Abeyta cold case.

That call was the fourth number he dialed that morning as he tried to give his information to CSPD. The cold case phone number listed on CSPD’s website was no longer in service, and no one answered on the missing persons or homicide hotlines. He finally reached a dispatcher, who instead of taking his name or number directed him to his local police and ended the call.

“You wonder how many leads have slipped through the cracks,” Denise Alves, the sister of Christopher Abeyta, questioned as she sat with Derby at the 11 News studio.

“It's disappointing that after all of this time that someone calls in wanting to give information and there was nobody available to take the information,” Denise explained. “Or even, I guess it almost felt like take it seriously.”

11 News took it seriously and went with Chris to his local police department.

“I got a phone call the other day about a missing child that they're thinking I am out of Colorado,” Christopher said to his local authorities. “They told me I need to come here and talk to you."

Christopher’s local police agreed to take his fingerprints and DNA. They said they would send them to CSPD.

“People are apprehensive to talk, big time. And they will take … decide to make that one phone call and if they don't get through they're like, 'It wasn't meant to be,'” Denise said.

The Abeytas were also shocked to learn this is not the first time Colorado Springs police have gotten this man's name. A social worker tells 11 News she thought the Chris who reached out to us was Christopher Abeyta when he was just 3 years old and called CSPD herself. Then, in 2017, she called the National Center for Missing and Exploited Children and told them the same thing. They confirmed to 11 News they got the call and handed it over to the lead agency on the case.

We're waiting for CSPD to investigate if they did get those tips, and if so, how they were handled. But they will confirm they are now looking into it.

“It freaks me out; I don't know if this is true,” Chris said.

“You think maybe this could be the answer, and we have to see it through," Denise said.

CSPD says in the last two months three people, including the man we interviewed, have come forward believing they are Christopher Abeyta. They say DNA has only been taken in the latest two cases. CSPD says it could take as long as six months to get those results.

Police add the Abeyta investigation continues to be a priority.

11 News will stay on top of this investigation and let you know as soon as the results are revealed.

'The loss is always there:' What Memorial Day means to the wife of a fallen soldier

'The loss is always there:' What Memorial Day means to the wife of a fallen soldier