Montana police: Missing 4-year-old, father could be in Colorado

Law enforcement in Montana are urging Coloradans to keep their eyes out for a missing child, who could be somewhere in the state.
By Lindsey Grewe

SIDNEY, Mont. (KKTV) - Law enforcement in Montana are urging Coloradans to keep their eyes out for a missing child, who could be somewhere in the state.

Taylem Berry, just 4 years old, has been missing since early October, which Sidney, Montana, police say is around the time his father quit his job and moved out of his apartment. Police believe Raymond Berry took his son and left the state. Berry has family in both Colorado and Washington and is believed to be in one or the other. He has not communicated with Taylem’s mother since Oct. 9.

Raymond Berry, 39, is white and 5-foot-9 with a stocky build. He has long and curly brown hair and usually sports a goatee, but police say he may have shaved the goatee off and cut his hair to hide his identity. He is believed to be traveling in a dark green 1995 Ford F-350 pickup with Montana license plate F0016. It may have a matching topper and may be pulling a silver or gray Haulmark enclosed trailer with Montana license plate BSY618. 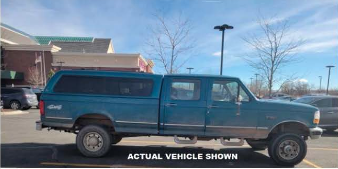 Taylem Berry is white and 3 and a half feet tall, weighs 38 pounds and is described as having a “wiry” build. Police say the little boy’s hair is usually long, curly and blond, but may be cut or dyed. He could be going by the name Ragnor Allfather Berry.

If you have any information on Raymond and Taylem’s whereabouts, call the Sidney Police Department right away at 406-433-2210

Popeyes shuts down over video showing cockroaches on orders