Donations to the family of fallen law enforcement officer Andrew Peery can be made through any Chase Bank under the “Hugh A. Martin Memorial Scholarship Fund,” with “Andrew Peery” on memo line. The sheriff’s office says this is the only officially sanctioned fundraiser for Peery’s family.

EL PASO COUNTY, Colo. (KKTV) - A decorated law enforcement officer was killed in the line of duty while protecting those around him from an armed suspect.

“He put himself in the line of fire to save others,” said a friend of El Paso County Deputy Andrew Peery’s heroic actions at the scene Sunday evening.

Peery, a 39-year-old married father of two and six-year veteran of the El Paso County Sheriff’s Office was among the three law enforcement officers who responded to a 911 call near Widefield High School just after 5 p.m.

“The caller was reporting a shooting in the area of the 500 block of Ponderosa, which is in Security,” said El Paso County Sheriff Bill Elder. “We had additional callers who were also hearing gunfire in the same area. Two of our deputies, alongside a Fountain police officer, arrived on scene almost simultaneously. As soon as they arrived, they were immediately met with gunfire.”

“Our deputies returned fire with at least one round, and after additional personnel arrived on scene, they immediately rendered aid and life-saving measures,” Elder said.

Despite first responders’ efforts, Peery did not survive.

It is with a heavy heart that we share Deputy Andrew Peery has been killed in the line of duty. More information will be forthcoming. https://t.co/Em6LtvHJ3E pic.twitter.com/HqsOImUqdw

“Andrew was a highly dedicated, highly decorated SWAT operator for the El Paso County Sheriff’s Office, and he has been with my office since 2016,” Elder said in a news conference Sunday night.

“He was a kind soul,” said friend Scott Stone. “He was a man’s man, he made sure that we were -- that the guys on his team were always taken care of. He would have given the shirt off his back to his fellow officers.”

Stone, a former El Paso County deputy who was injured in the line of duty during the 2018 shooting that claimed the life of Deputy Micah Flick, spoke of what this loss meant to their law enforcement family.

“It’s one of the worst feelings in the pit of your stomach. It’s a gut-wrenching thing. You feel for his family, you feel for his kids. It’s going to be a long healing process.”

Fellow officers lined the streets Sunday night to show their respects during a procession from the hospital.

Officers pay their respects to El Paso County Deputy Andrew Peery, who was killed in the line of duty while trying to stop an armed suspect.

Condolences have flooded in from law enforcement agencies across the country, including Kern County, California, where Peery once worked as a police officer.

We are very sad to share news that #EPCSO Deputy Andrew Peery was killed in the line of duty. He was a Kern native & previously employed at @bakersfieldpd. His late father, David Peery, was an officer at #LAPD & later a KCDA Investigator. Our hearts & prayers are w/ the family. https://t.co/FD91cMOoR1

“My thoughts and condolences are with the family and friends of Deputy Peery and all our neighbors in law enforcement who put their lives at risk to serve others,” he said.

Peery is survived by his wife, Megan, and two children. Those wishing to help his family can donate through Chase Bank under the “Hugh A. Martin Memorial Scholarship Fund,” with “Andrew Peery” on memo line. The sheriff’s office says this is the only officially sanctioned fundraiser for Peery’s family. (Editor’s note: The El Paso County Sheriff’s Office updated the name of the fundraiser Thursday.)

Sources tell 11 News in addition to his years serving in law enforcement, he was a former soldier.

In the immediate aftermath of the shooting, the sheriff’s office said suspect John Paz, 33, remained at large. 11 News confirmed late Sunday night that he had been found dead and there was no longer a threat to the public. The Colorado Springs Police Department further confirmed Monday that Paz shot himself inside the home.

11 News learned Paz was an employee of the U.S. Air Force Academy with the 94th Flying Training Squadron at the Academy Airfield. 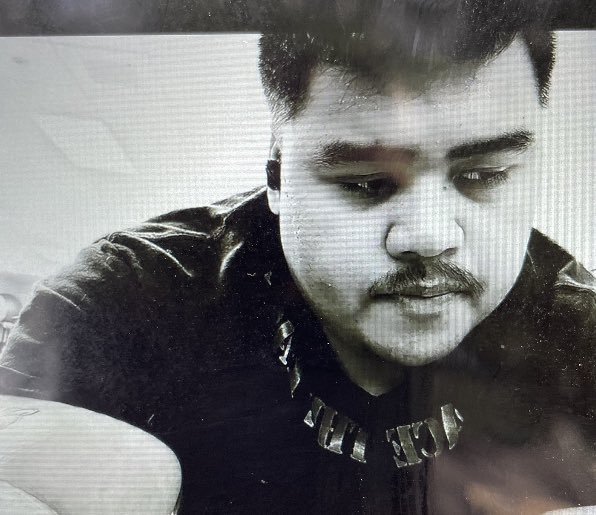 Police also confirmed Monday that they found a woman dead in the front yard of the home. She has not been identified at this time but is believed to have been killed by Paz.

11 News has searched court records but have not found any previous charges against Paz in the state of Colorado.

The Colorado Springs Police Department is the lead agency investigating this shooting.

“Finding the right words to describe the tragedy that took place yesterday is impossible. As the chief of police and as a member of this community, my heart breaks for the two families who have lost loved ones and for the children who have lost a parent. From the community members who called for help, to the deputies, officers, and investigators who responded to the shooting, we are all left incredibly shaken. These tragedies are things I wish did not happen in our community; in the place all of us call home. When these types of horrific acts happen, there is nothing we can do to fully rebuild what was lost or to replace those who are no longer with us.

To families grieving the loss of a loved one this morning, please accept my heartfelt condolences on behalf of the Colorado Springs Police Department.

To our brothers and sisters at the El Paso County Sheriff’s Office, know the women and men of CSPD stand beside you during this difficult time.”