‘Very grateful to his maker’: No injuries after mid-air emergency forces pilot to make hard landing near Falcon

No injuries reported from a plane crash Tuesday morning south of the Meadow Lake Airport.
By Lindsey Grewe

FALCON, Colo. (KKTV) - A pilot walked away unharmed following an emergency in the air Tuesday morning.

“I was looking out a window and was filling up a can so I could water my pots in my backyard when all of a sudden I see a plane flying very low over my property while taking out the fences on both sides,” witness Jeanne Warren told 11 News.

A moment later, that plane was down in her field.

“First thing I did was stop the water filling the watering can [laughs], and I ran and got my phone and called 911,” she said.

The El Paso County Sheriff’s Office told 11 News they received a call around 9 a.m. from a woman reporting “a plane down in her backyard.”

EPSO is on scene of a single small plane crash in the 5800 block of McClandish Road in Falcon, Colorado. No medical needed, fencing on properties damaged. The FAA and The National Transportation Safety Board will be the lead in this investigation. pic.twitter.com/TAbwzzvaIz

Warren ran outside, and to her relief saw the pilot climbing out of the aircraft.

“I saw the pilot walking away from the plane,” she said. “I was really relieved to see that he was okay.”

While the incident is under investigation, Warren says she was told by the pilot himself that he ran into trouble while in mid-air.

“He did confirm that he had trouble starting it, that it stalled out on him.”

Warren said she was grateful the pilot was able to make a hard landing without injuring himself or others. She told 11 News she witnessed another aircraft emergency earlier this year that ended much worse.

“That was very tragic, where that pilot just down the road from me did hit a fence and did flip his plane and started it on fire, and unfortunately there was a death in that crash.

“... I feel like the pilot [Tuesday] did a heck of job controlling his plane and missing the post and the electrical lights ... and I did thank him for missing my house [chuckles]. And my neighbor next door has a bunch of goats, and he missed all them too. And no dogs!

“He was very grateful to his maker that he crashed the way he did.”

The hard landing was reported in a neighborhood of McClandish Road in Falcon a few miles south of the Meadow Lake Airport. 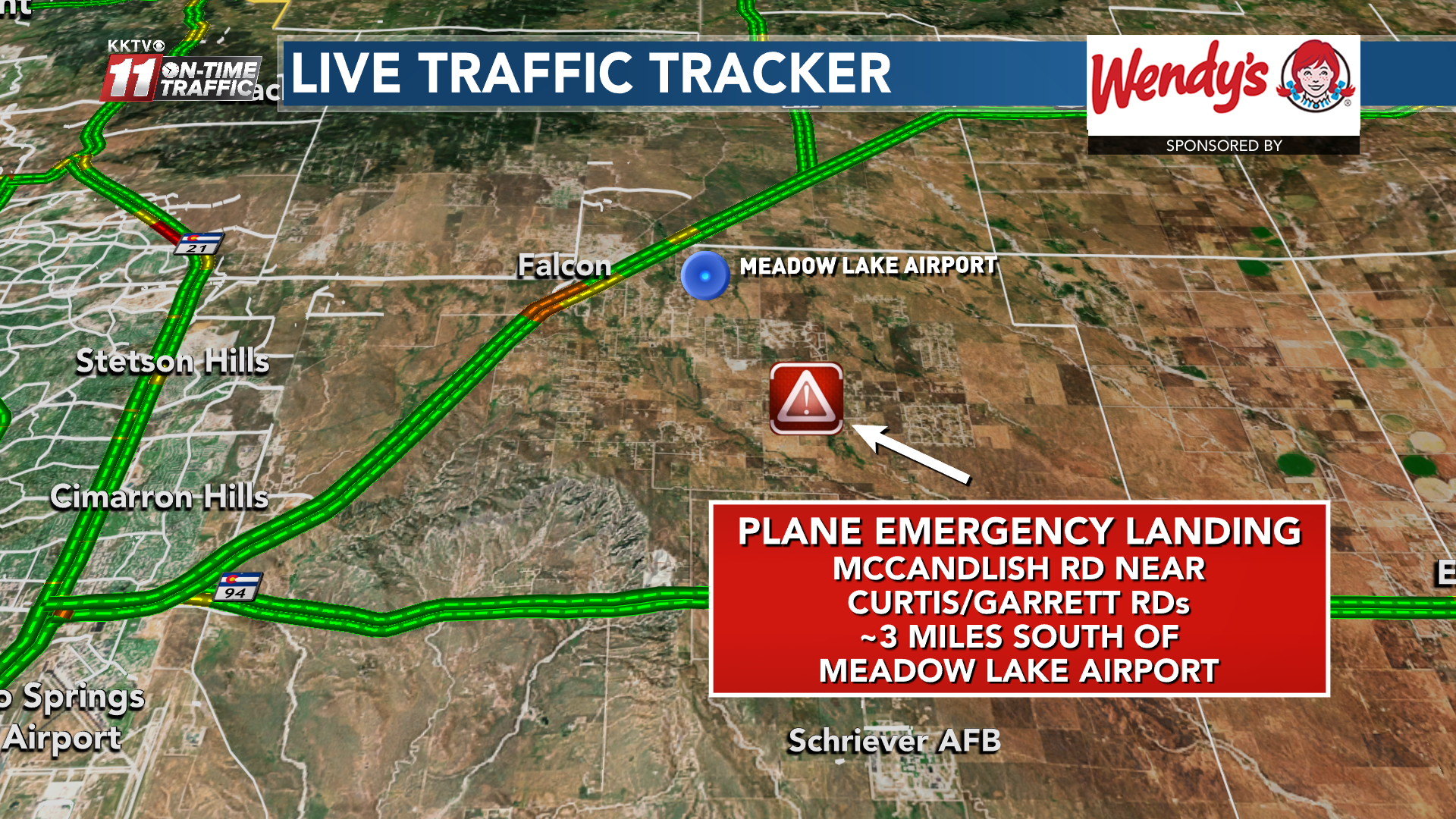 Couple fined $1,500 for parking in their own driveway

Parents of boy, 2, found alone at parade shooting among dead

WATCH: Officials announce one of the biggest fentanyl busts in Colorado history

Firework complaints down in Colorado Springs over holiday weekend