By Spencer Wilson and Lindsey Grewe

COLORADO SPRINGS, Colo. (KKTV) - From a massive water main break on Garden of the Gods Road to a geyser in a southwest side neighborhood, four sinkholes have opened up in Colorado Springs in under a week.

The craters have appeared across town: west, north, south. Some of the affected pipes are decades old, some are just a year old.

So what’s going on?

“I know there’s been some questions this past week, and we can say our infrastructure is doing great and these are just some minor blips that were taken care of as soon as possible.”

Skroback said that while water main breaks are more of a concern in the winter with the freeze and thaw cycle, there’s nothing unusual going on now.

“I know when when one gets in the news, then as other ones happen that might not have been covered in the past or whatever it may be, that’s when people start connecting the dots and going, ‘Gosh, this is happening a lot!’ But that’s just not the case. These are multiple unique events that all happened seemingly within a week of one another that I think was a bit exacerbated by what’s happening on a main arterial roadway, so it’s something that we deal with week in and week out. People don’t usually see it.”

The first sinkhole was also the biggest one: a major water main break on Garden of the Gods Road on July 13 that closed all lanes in both directions west of I-25. As of Tuesday, eastbound Garden of the Gods remains closed, with utility crews eyeing Wednesday to fully reopen the road.

This is not something you see every day!

Water main break on Garden of the Gods between I-25 and Chestnut.

Water is coming from under the road. You can also see a good chunk of the road has swelled up like a bubble. @KKTV11News pic.twitter.com/26C9dpvJ32

One day later, a second sinkhole along Garden of the Gods Road, this time taking a car with it. The driver said she thought she was just driving over a puddle when her vehicle got stuck. Several good Samaritans worked to help get her out. That sinkhole was also off Garden of the Gods, but on the opposite side of the interstate in a hotel parking lot.

Lastly, a sinkhole Sunday morning that “swallowed up an intersection,” per police, on North Union in a Briargate-area neighborhood. 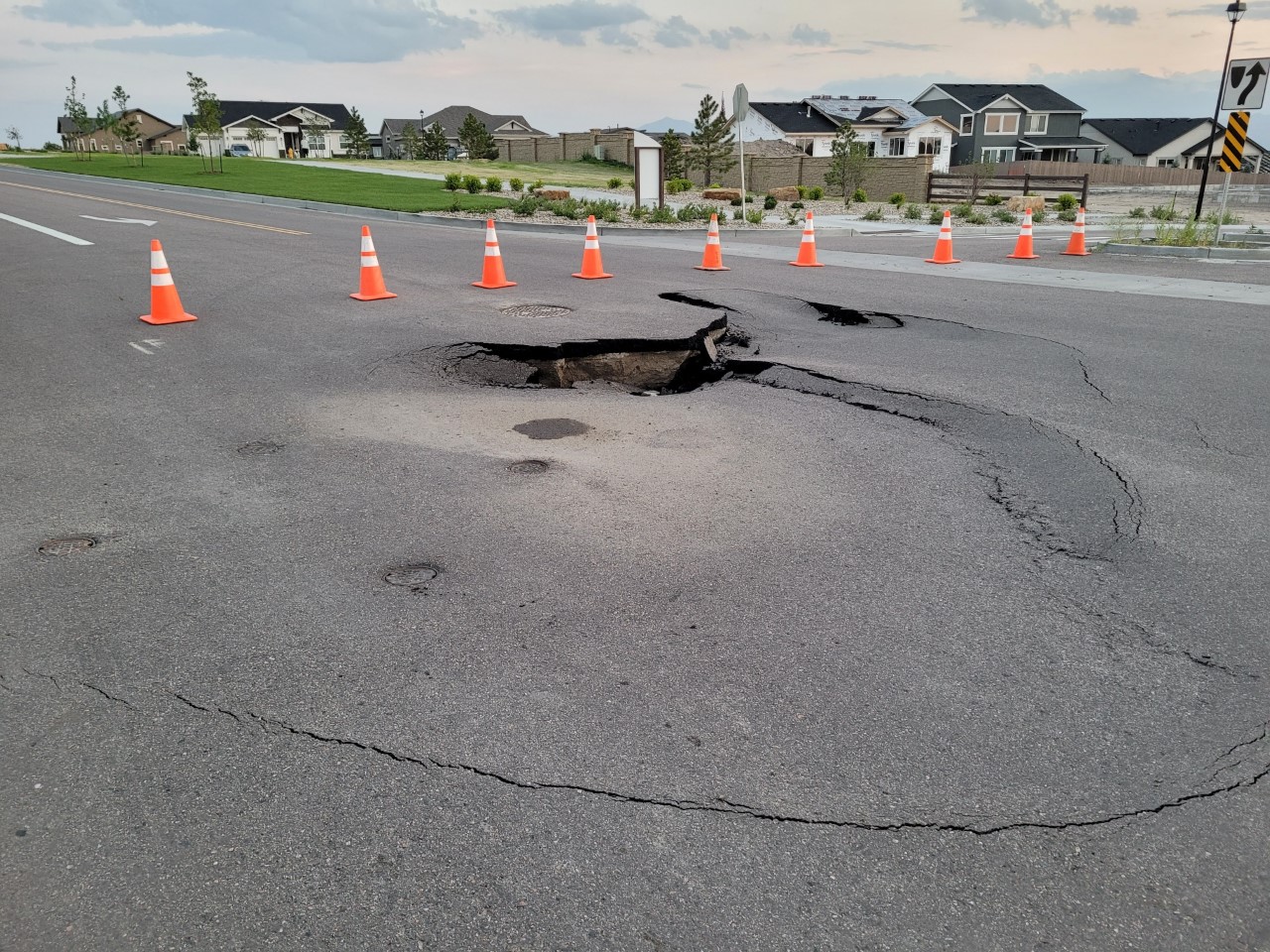 The city says the fourth sinkhole happened on a stretch of road that is owned by a developer. The developer told Wilson that old pipes are not the culprit, as the roadway is only a year old, and that the company is still trying to figure out what happened.

Springs Utilities says they’re working with somewhere around 1,600 miles of infrastructure, and while they can’t anticipate every problem before it happens, they’re spending $2.5 million on preventative projects.

“There’s a portion of our budget specifically for preventing any water main issues, but an analogy that I like to use is, ‘You could take your car in for routine maintenance over and over and over, and do everything right, and still something is inevitably going to break on it,’” Skroback said.