DENVER (KKTV) - Travelers at DIA are once again wrangling with delays Tuesday, with the airport reporting more than 200 as of 12:50 p.m.

Wildfire smoke in Colorado and elsewhere in the country caused major interruptions at the airport Monday, with well over 300 flights running behind.

“It ended up being a lot faster just to drive from Denver to Colorado Springs as opposed to getting that connecting flight,” passenger Nick Hehemann told 11 News.

Another traveler flying into DIA from Kansas City told 11 News she was on the runway for more than 40 minutes waiting to take off.

A spokesperson for the airport told 11 News the hazy skies were causing visibility issues around Denver Monday morning.

“We are seeing an FAA traffic management program for arriving traffic due to the haze/smoke. Delays are caused by the planes having to be spaced out due to visibility,” public information officer Alex Renteria said.

In the afternoon, the delays were largely due to weather issues elsewhere in the U.S. Massive fires in the western United States are causing smoky conditions in as far-flung places as New York City this week. 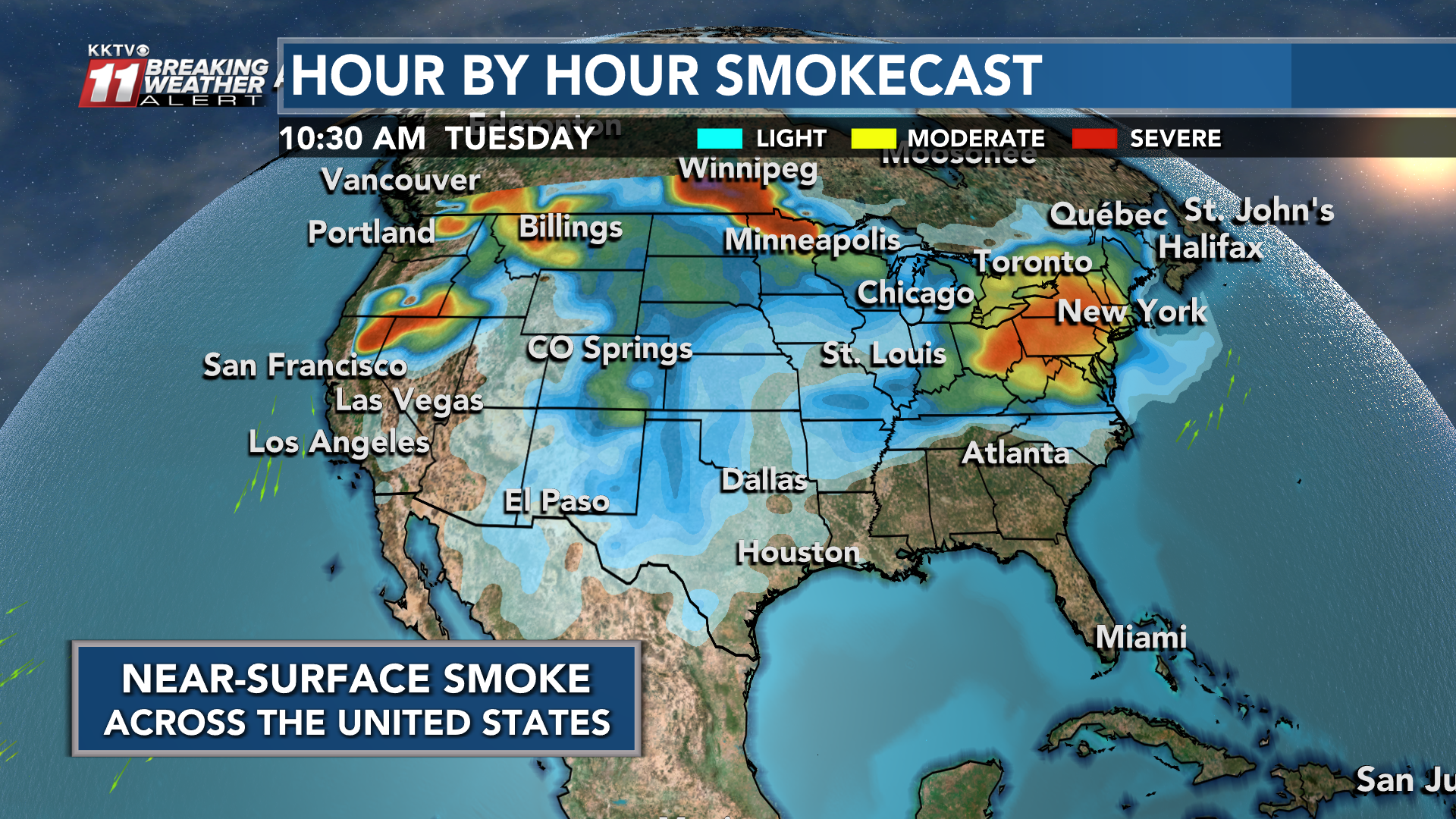 To see a live look at delays out of DIA, click here.

To check your flight status at DIA, click here.

Wildfire smoke is expected to be noticeable along the Front Range at least through Tuesday.

This is a developing story, and we will continue to update as we learn more.

State releases guidance on masks and vaccines for Colorado schools

Organizations hold protest in downtown COS for affordable housing

4 arrested during ‘March for Housing’ demonstration in Colorado Springs

WATCH: Vaccinated in secret: A hidden subset of Coloradans getting the shot on the down low

WATCH: Moose on the loose in Colorado parking garage