“They found that kind of ‘peculiar,’ as Officer Griffiths put it, since motels have rooms, with beds, that you can sleep in,” Capt. Tom Rummel wrote on Twitter of the incident.

It became more curious after the officers approached the car and saw no rear plate. Unluckily for the slumbering man, it still had a front plate.

“When [the officers] ran a check, they learned the car had been stolen in an armed carjacking yesterday morning. And there on the front seat was a sawed-off shotgun, just like the victim said was used yesterday!” Rummel tweeted.

The suspect clearly made himself at home inside the stolen car: 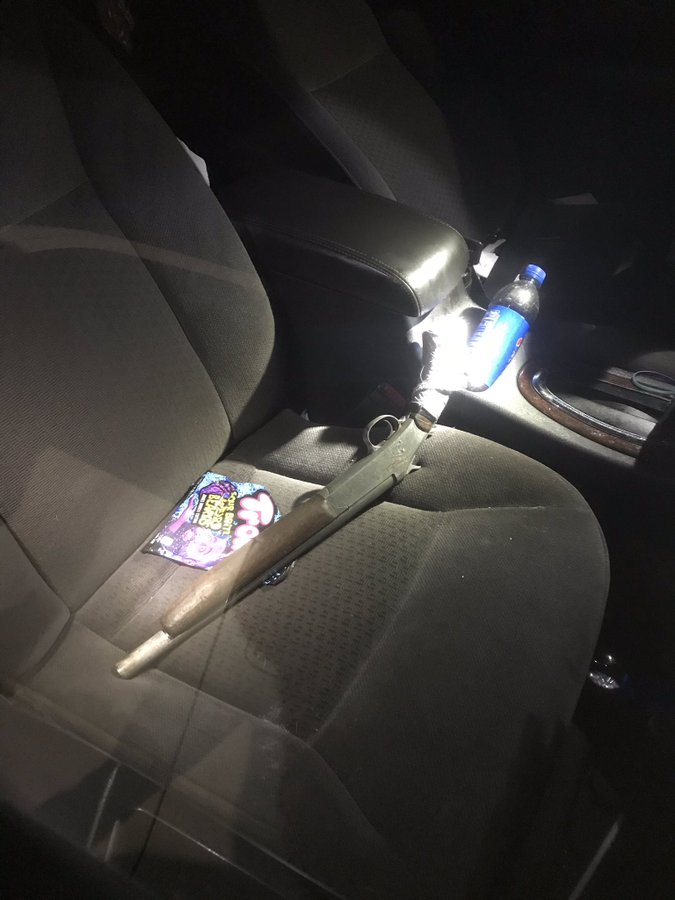 “They pulled the male, a juvenile, out of the car, and he’s in custody,” Rummel said.

Police said they were still looking for at least one other male who was involved in the carjacking.

The car was returned to the victim.

A few showers around...

6 displaced after house fire in Fountain

|
By Lindsey Grewe
A family of six has been displaced from their home after a fire tore through the structure early Tuesday morning.

El Paso County has experienced a modest uptick since Labor Day weekend. In other states, the cases remain in the thousands per day.

|
By JUAN A. LOZANO
Beta was expected to move northeast along the Texas coast over the next couple of days, weakening into a depression, before heading into Louisiana sometime mid-week.

|
By Tony Keith
A 26-year-old man is facing a number of serious charges tied to suspected human trafficking.

Serious crash involving a motorcyclist under investigation in Colorado Springs

|
By Lindsey Grewe
One person suffered serious injuries after a motorcycle and truck collided.

|
By Catherine Silver
As Colorado heads into fall and flu season, we can’t let up in the fight against the ongoing coronavirus pandemic, the El Paso County Health Department said Monday.

Colorado police officer killed in crash while off-duty, last heroic act was being an organ donor

|
By Tony Keith
The Aurora Police Department honored the life of Officer Mikaela Lakin on Monday, announcing her passing on social media and adding that even in death she chose to donate life.